A Look at the life and Career of Bob Bryant, Land Surveying Leader and Legend

As Bryant Surveys gears up to celebrate another year in business, we would like to recognize the legacy and accomplishments of Bob Bryant, the founder of Bryant Surveys, Inc. (BSI). Nearly 40 years after its conception, Bob has since retired from BSI, but recently sat down with Daniel Linarez, a long-time BSI employee at our Pleasanton office to answer questions about life and running the company.

Fully masked, with his spirits high and quick sense of humor, Bob began the interview by telling Daniel, “[Some] of [my secrets] have to stay secret I guess, it might embarrass somebody … [Actually,] it would embarrass somebody.”

Bob grew up in Southeast Missouri working on his family’s crop farm and spent his youth driving the tractor and picking cotton. When he was 12 years old, he began his first surveying job with his father, picking up pins in the field although he says he didn’t have much choice in the matter. “Dad said pick up these pins, okay!” In 1960, Bob started working with a survey crew near the border of Mexico in Nogales, Arizona. “[When I first applied in Arizona], they asked how much experience I had, I said about six months. They [were looking for someone with about two years of experience]. So, I went to the back door and reapplied with two years experience and was able to pull it off.” By 1961, Bob moved to Northern California, working throughout the Bay Area and eventually founded BSI in 1985.

Since then, BSI has been working in construction, land surveying, structural foundation and working closely alongside steel erection firms throughout the Bay Area and the Western United States. The company quickly grew throughout the 1990’s and took on more employees to keep up with demand while utilizing specialized surveying software, keeping up with the most up-to-date surveying practices. Some projects include surveying work on the Apple Campus 2 in Cupertino, the Luxor Hotel in Las Vegas, Raley Field in Sacramento, Chase Field in Las Vegas and the Salesforce Tower in San Francisco. These specific projects total more than 90 floors, 58,000 seats and over 2.8 million square feet.

In 2015, when BSI became a part of Sandis, Bob was looking forward to a ‘soft retirement,’ but he wanted to ensure the future success of his company. For the next few years, he would continue to spend most of his time out in the field, working on major projects and training young employees in the best practices. When asked about the future of BSI, Bob is hopeful the company will continue to carry on just as strong as it is now. “I would like [BSI] to be pretty close to what it is [today],” Bob says, “being service orientated. Getting a product that the client is proud of and can rely on … I’d like to see the company continue on and [the] people continue on. Make [BSI] a good place to work.”

If Bob could give advice to anyone just starting out in the industry, he recommends starting with a good education and getting yourself an apprenticeship. Once you complete all the basics, “keep up with it [and] keep on going.”

While Bob says the key to professional success is to play by the rules, he explains that Bryant Surveys came to be when he decided to take matters into his own hands. “I was working for a company that insisted I do [surveying] their way, which wasn’t a good way. I [knew] I could do it better … I can do this my way [and I guess] it worked out.”

When asked about his values and any causes he cares about, Bob says he is passionate about equality for all people. Specifically, he wishes people of all races be treated the same because, “right now it is not here. It is not happening.” In regards to what helps keep him going, Bob pulled out his cell phone and shared a note he had written down: 1. Be happy 2. Don’t complain 3. Show appreciation 4. Tell the people that you love that you love them 5. Be humble 6. Be patient (These last two are not easy) 7. See number one. “It’s something to look at in the morning.”

We thank Bob for all his years of service and dedication to BSI, making the company what it is today and for passing on his legacy to the next generation of surveyors in the Western United States. If you’re interested in reading more about BSI, you can visit www.bryantsurveys.com. 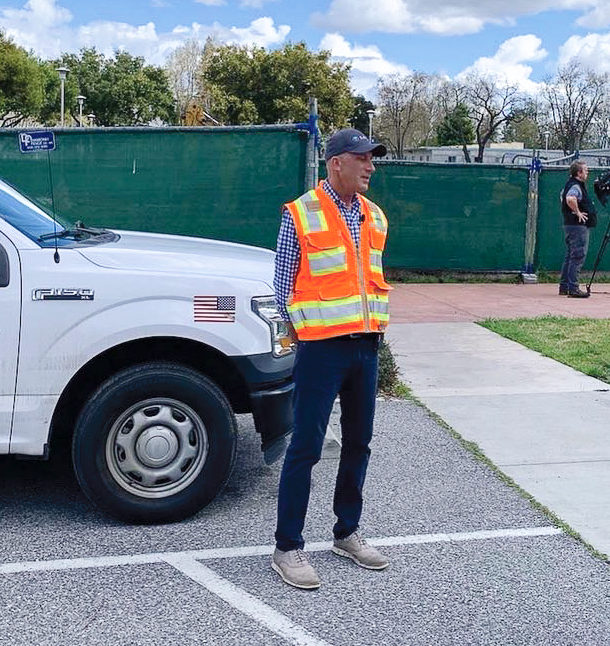