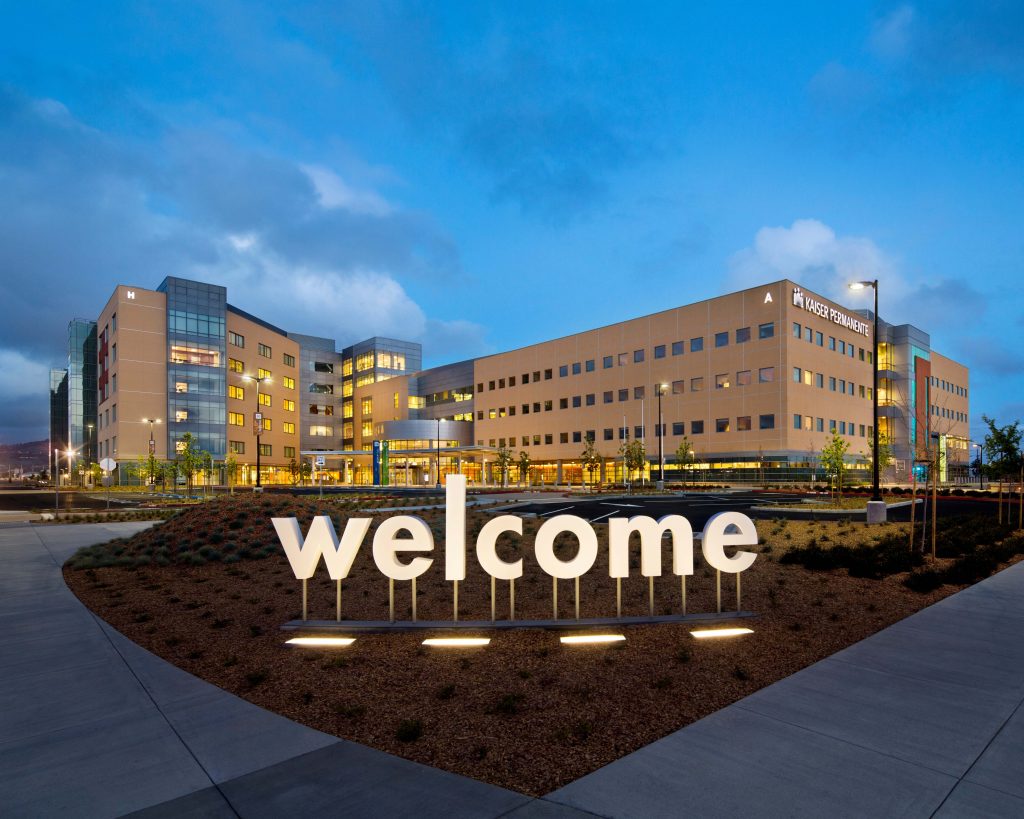 Kaiser Permanente is a nationally recognized provider of managed healthcare with integrated facilities spanning from general practitioners to tertiary care at their network of hospitals. After Senate Bill 1953 established new seismic safety standards for hospitals, Kaiser began to assess the seismic safety of their own facilities to determine which could be renovated and which needed to be replaced. The hospital located in Hayward was determined as unsuitable for renovation and no longer well located to serve their member community. After searching for potential construction sites, a former Albertsons distribution facility was purchased in San Leandro to become the new hospital site.

Kaiser has always been a leader in leveraging technology to provide more efficient and effective solutions. The same philosophy was applied to the development of the new hospital. Kaiser had already begun the development of a hospital template that pre-developed an overall floor plate–including room sizing and other major components. Using this template, the San Leandro site and two others (collectively called the “triplets”) were developed simultaneously. By using the hospital template as a common starting point, refinements developed for one site could be applied to the other two. All three design teams collaborated together to share refinements and improve the template while applying it to the individual programs and project sites.

The template approach worked well for the controlled design environment of the interior of the hospital. Each site however had different topographical, environmental, and local regulatory conditions and service programming issues to address. The San Leandro site was characterized by flat topography, relatively poor soils, height restrictions due to a runway approach, and significant Semi-truck traffic on the adjacent street. These factors resulted in several of the major design challenges and features of the hospital site design. The FAA height limit due to the Oakland airport runway approach effectively restricted where the hospital could be placed on the property. That in combination with the flat site resulted in a depressed loading dock which sits roughly 20 feet below the surrounding ground elevations. The low strength of the soils resulted in extensive use of lime treatment, cement-treated base, and rigid pavement sections to provide the desired life span and traffic index for various parts of the site. The significant traffic on the surrounding streets combined with the anticipated 3,000 staff, employees, and visitors of the new hospital required widening of both adjacent roadways.

The development was a constant cycle of value review and design adjustment. An example of this was the development of the pavement strategy for the site. Due to the poor soils, all pavement sections would need to be relatively large, which would require an increased construction cost. To arrive at the best value solution, Sandis first collaborated with the soils engineer and the contractor to develop a range of pavement section options (utilizing different materials such as lime treatment and cement-treated aggregate base). Then working with the traffic engineer, Kaiser leadership, and the general contractor, areas of the site were prioritized based upon anticipated traffic volumes, type of use, and impact of disruptions from future maintenance. Through this joint effort, a balanced strategy was developed considering cost, lifecycle cost of maintenance, and constructibility. One of the unique assets leveraged was a large amount of existing concrete that could be pulverized and converted into a road base thus reducing the cost of importing materials.