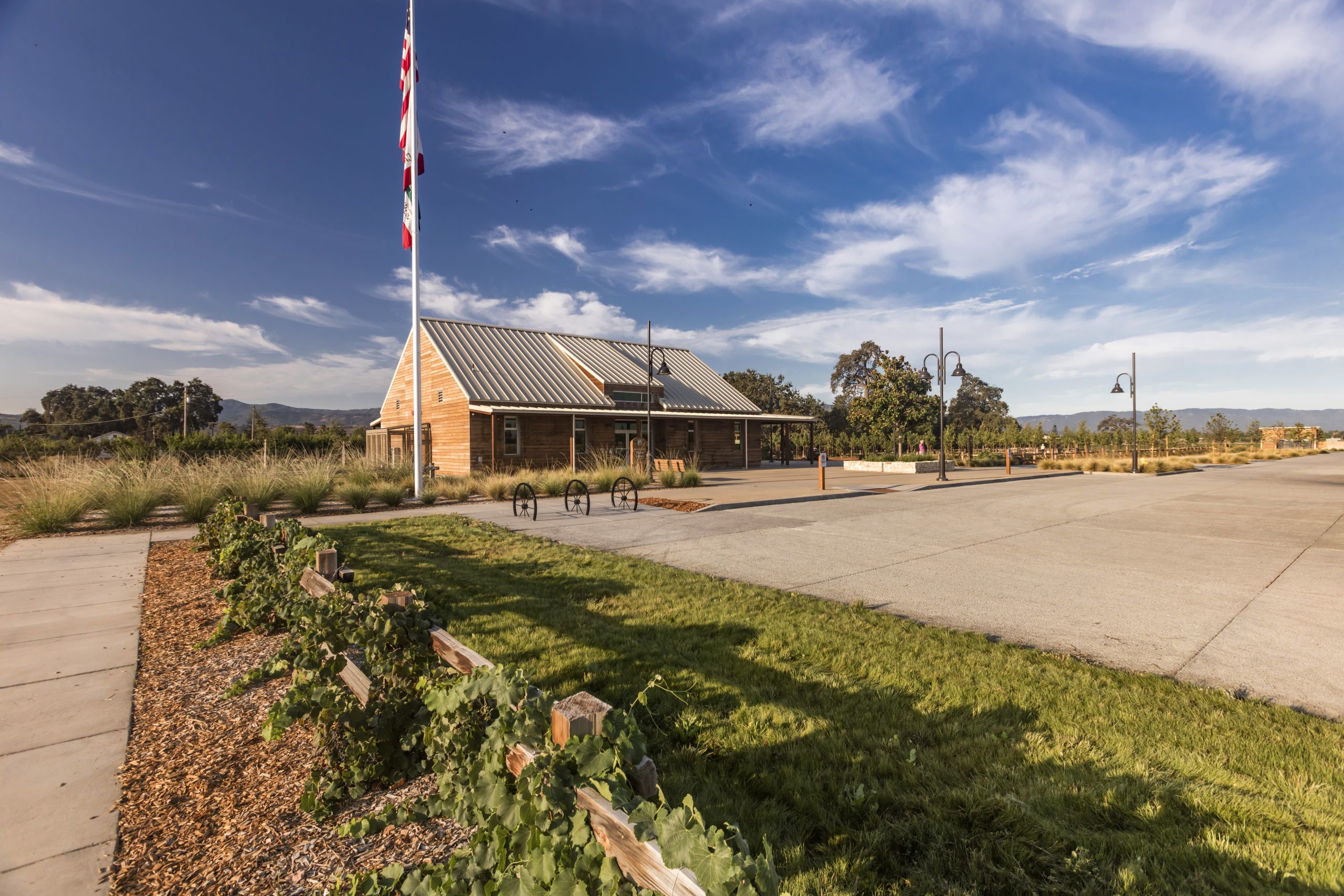 The project includes a roadway widening on Snell Avenue from four lanes to six lanes and signal modifications at the intersection of Branham Avenue and Snell Avenue. Storm drain solutions include the use of previous pavement, retention pond, infiltration wells, and bioswales.

The Milestone I portion of the project is the first step in the development of the 287 acre Martial Cottle Park. The project consists of the development of a 287-acre park that is jointly owned by the State of California and the County of Santa Clara. Approximately 250 acres will remain agricultural use and the remaining acreage will be used to create a “park core.” The core celebrates the agricultural heritage of the valley and provides educational interpretive programs.

Milestone 1 consists of the perimeter trail (including trail shoulder, trail regulatory signage, and temporary barriers at each end of trail); agriculture fencing adjoining constructed trail, split-rail fencing near Branham Lane and Snell Ave, as well as split-rail fencing and access gate along Chynoweth Avenue; repair of any existing fencing along Canoas Creek; trail connections at Wellington Park Drive, Branham Lane East, and at intersection of Branham Lane and Snell Avenue; agriculture field B access across from Wellington Park Drive; drainage swales; and utility mainlines (including sewer connection, as well as any piping under trail) and manholes.

To create pedestrian access from the park to the neighborhoods on the south side of SR 85, Sandis and our structural engineering consultant worked with CalTrans to develop an under-crossing. This under-crossing includes concrete retaining walls designed to not only hold back the existing soil while not interfering with the existing bridge footings.