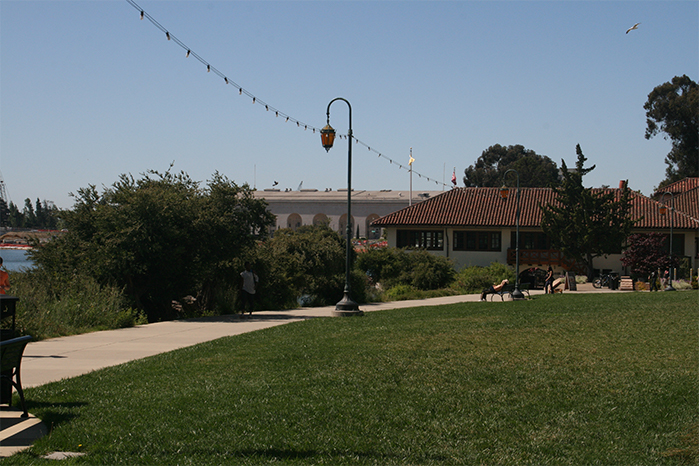 Improvements made to these areas include provide: greater pedestrian and bicycle access and flow around the lake; improve vehicular traffic along El Embarcadero and Lakeshore Avenue; improved parking; and enhanced historic and cultural presence. The renovation was intended to provide a continuous “park-like” setting surround the lake, which is currently lacking. To do so, it was necessary to reduce the number of traffic lanes to allow to area to redevelop into pedestrian and bicycle access. The reconfigurement resulted in the complete redesign of El Embarcadero, resignalization of 5 three-way intersections and the addition of public transportation bus stops. During the coarse of concept design, we utilized traffic volume analysis to verify design assumptions.

Lake Merritt Historic Boathouse Renovation
Parking lot improvements provided ADA parking stalls that served users of Lake Merritt Park and supported a landscaping plan in keeping with a larger park redevelopment plan. The project was part of Measure DD, a bond passed by voters in 2002 that provided $115 million for the urban lake in downtown Oakland.

Sandis also provided the master plan including widening pedestrian and cycling paths, and major roadway improvements to calm traffic around the Lake Merritt.

Other City of Oakland Ciivc Projects