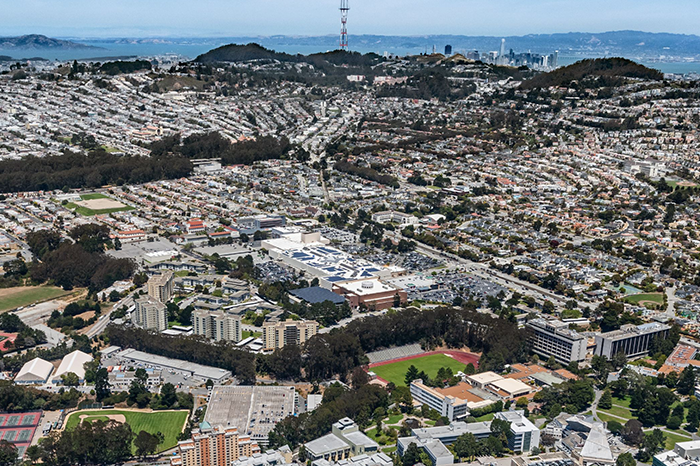 Sandis  provided engineering services to determine the site infrastructure system upgrades needed to support the development proposed by the master plan. The study area consisted of 144 acres including the existing 106-acre campus plus newly acquired parcels.

The design team reviewed and evaluated the condition of existing buildings and infrastructure systems. Site utilities evaluated include storm drain, sanitary sewer, natural gas, heating hot water, domestic hot water, 12KV electrical distribution, telecommunications and potable water. In addition to meeting future capacity needs, an objective of the project was to connect more of the existing building on campus to the central plant. Engineering services were provided to determine the site infrastructure system upgrades needed to support the development proposed by the master plan, including the expansion of the campus hot water system from 16 million BTU hrs to 36 million BTU hrs.  Co-generation was also switched to turbines so that heat can be captured and used to heat water.  Upon connection, the campus will produce 47 million BTU hrs.

Other significant project components: a creek used to run through the campus and fed into Lake Merced. At a point in time, the creek had been filled in. To invigorate the ecology of the site, we disconnected the storm drain system and re-opened the channels and shallow pools, and installed surface piping to enhance sustainability.

Due to insufficient rain and a non-operating creek, the lake level was falling. Sandis worked with the Save Lake Merced Committee, which included several SFSU professionals, to develop an equitable solution. Ultimately, one mile of storm drain piping was redirected.