It is with a heavy heart and profound sadness that we share with you the news that Bryant Surveys, Inc. (BSI) founder, Bob Bryant passed away on September 20th, 2021. Bob worked in the surveying industry for over fifty-five years and dedicated his life to making BSI the company it is today. Although he entered a ‘soft retirement’ in 2015, Bob had spent the last few years of his life in the surveying field by training young employees to ensure the future success of his company.

Born on June 6th, 1943, Bob grew up in Southeast Missouri on his family’s farm and spent most of his childhood crop farming and picking cotton. From driving a tractor at ten years old to picking up pins at twelve years old, Bob was no stranger to hard work and chose surveying as a career when he entered adulthood.

By 1960, Bob found surveying work in Nogales Arizona before finally relocating to California in 1961. He established a home in Northern California and worked locally in the Bay Area. Bob started BSI in 1985 after deciding he wanted to take matters into his own hands and run a surveying business his way.

Bob’s choice to start BSI would become one of his smartest decisions as the business quickly grew throughout the 1990’s, taking on more employees to keep up with demand and expanding business services to the Western United States. BSI has worked on a multitude of projects such as the T-Mobile Arena in Las Vegas, the Levi’s Stadium in Santa Clara and AT&T Park in San Francisco, with Bob’s personal favorite being the Mount Graham telescope in Arizona.

With Bob’s passing, he leaves behind a legacy of surveying work completed across the country and has taught generations of surveyors the skill of the trade. In his free time, Bob enjoyed riding his bicycle, anything to do with soccer and spending time with his family. He advocated for equality for all people and wished for BSI to continue on as the company it is today, a good place to work that is service-oriented and reliable.

In his final months, Bob kept a note he had written down in his phone and would read it often to help keep him going: 1. Be happy 2. Don’t complain 3. Show appreciation 4. Tell the people that love you that you love them 5. Be humble 6. Be patient (These last two are not easy) 7. See number one.

We extend our deepest condolences to Bob’s family. 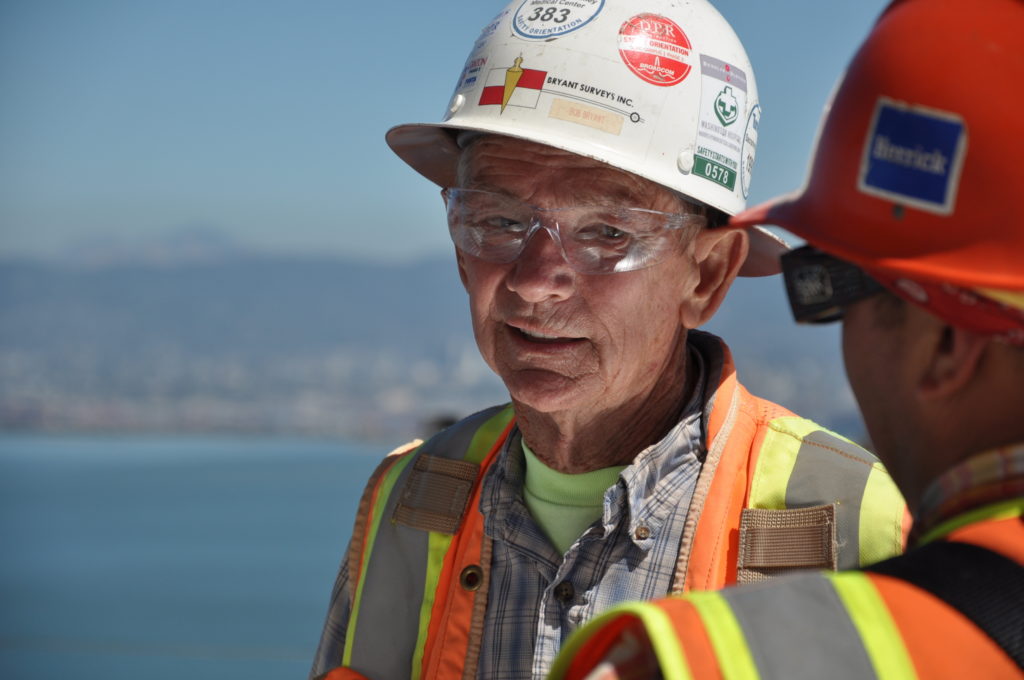