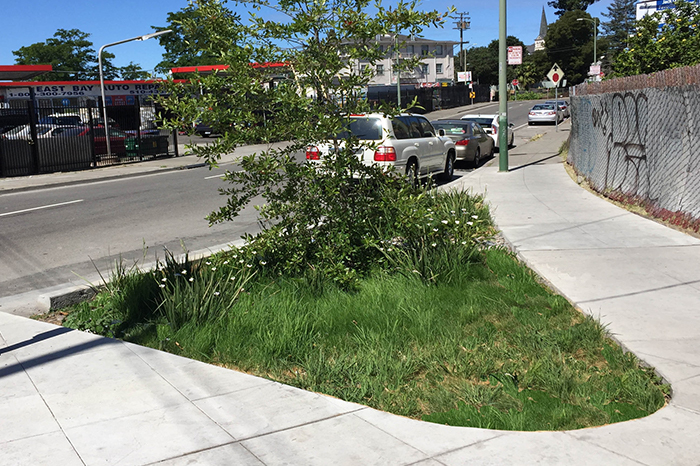 Beautification efforts included the installation of shade-providing street trees (lowering heat island effect and reducing greenhouse gas), improvements to medians including new street trees, the addition of no-mow turf areas in localized sites, identification and layout of bicycles routes, use of structural soil at street trees (to increase soil volume for the trees while supporting the sidewalk), use of non-chemical soil amendments and non-chemical weed barrier (cardboard sheet mulching).